As we close out February, I was disappointed in myself for not reading more of the books on my set TBR.

But then I actually looked at my Goodreads and I read 10 books overall??? That’s the same amount as what I read in January. Suddenly I wasn’t so disappointed anymore. 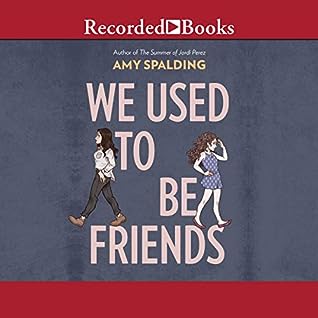 This was my first read for F/F February 2020 and I really liked the fact that this book was about friendship breakups rather than romantic breakups.

But I found Kat hopelessly annoying as a character. She was so self-centred and completely ignored other people’s problems – even those of her best friend. I would have liked to have seen more self-reflection from her at the end of the novel, but she didn’t resolve to change much.

This book was a good deep dive into the complexities of friendship, but while the characters were well-developed, I felt the plot lacked some depth.

I wanted so badly to love this because it was one of my most anticipated releases of the year. But I just couldn’t get into it.

Aside from Cal, the main characters were all a little bland. There’s ample time for Leon and Kat to be developed further, but apart from learning one of their hobbies each, we don’t get much depth of personality.

I liked the romance between Cal and Leon, but I found it a bit nondescript. Within a few pages of meeting, they know they both like each other, so there’s no build-up of ‘will-they-won’t-they’.

One of the best things about this book, though, was the continuing discussions of mental health. This book challenges the stigma surrounding mental health in a really positive way, encouraging more open-mindedness towards MH in general. 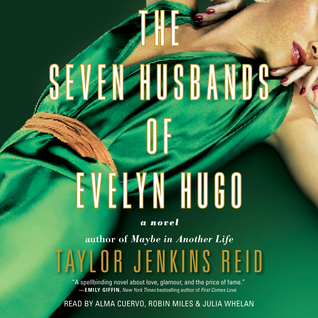 I read this for F/F February and as part of my challenge to read Hollie’s favourite books during her birthday month. Everyone told me it was amazing and that I was going to love it. And you can all bask in the knowledge that you were 100% right.

I loved the way Evelyn understood exactly where her own power lay and how confident she was in her bisexuality. Her and Celia’s relationship was so passionate, but so heart-breaking. The way they had to hide such an important part of themselves for so long made me sad on a bone-deep level.

The writing is luscious and detailed, and each character’s thoughts and feelings are laid bare. This is a stunning book and I’m so glad I finally read it. Taylor Jenkins Reid does character-driven books at their finest. 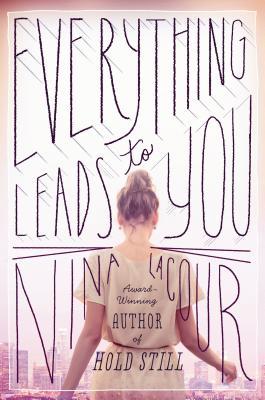 This was my first pick from my TBR jar for 2020 and also an F/F read and I absolutely loved it. I’m so glad I finally read it and that it lived up to the hype.

This book is like a sunset that you just know is special because it reminds you of the vastness and beauty of the world. You’re watching it and you can’t look away because the colours are mesmerising and you know that you’ll never see another sunset exactly like it.

Some of the scenes in this book felt drenched in sunset. I could practically feel the sun setting as Emi collected pieces for the film set and drove across town to pick up Ava. Even the narrative feels like a sunset, with its beautifully crafted descriptions and moments of poignant dialogue.

The slow-burn romance is wonderful and the existential moments were well written and thoughtful.

This was also on my Hollie’s faves TBR because Heartstopper is one of her Big Time Faves™ so I wanted to read the newest volume as an ode to Hollie’s enjoyment of the series.

And, friends, Alice Oseman has done it again. Volume 3 is just as beautiful and sweet as the first two volumes and (if possible) even funnier. An absolute triumph, you could say.

In this volume, Nick and Charlie head off on a trip to Paris with their school, and they start to discover new things about each other as their relationship grows.

Nick grapples with how to come out to the rest of his friends and tell people about his and Charlie’s relationship. Charlie supports Nick while also opening up about his own fears and worries.

The LGBTQ+ rep in this volume is nothing short of wonderful. There’s gay rep, lesbian rep, bi rep, trans rep, and demi rep, as well as characters of colour, and MH rep. Sexuality is explored in an incredibly positive light and no-one is judged for their orientation.

This was another of my picks for Hollie’s favourite books during her birthday month.

I wanted to love this because it’s such a special series to Hollie, but I was low-key scared I wasn’t going to because it had quite a slow start. BUT. After the first five or six chapters, I really got into it. The narrative was a bit hit and miss for me, but I really liked the characters and I was rooting so hard for Mia throughout her training.

The plot was the real highlight of this book, though. Those many, MANY twists in the final chapters were brilliantly executed and a particular death absolutely sucker punched me in the heart.

So, although I felt luke warm about the book initially, I raced through the final chapters. I’ll definitely aim to read Godsgrave later this year because after that ending, I need to know what happens next. 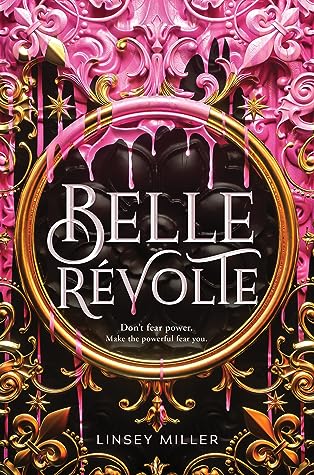 I loved the diversity in this book (trans rep, biromantic-ace rep, and f/f romance), and the magic system was cool (if a little confusingly explained). But the story never quite hit the heights I was waiting for.

I also found the initial life swap unrealistic and contrived. You’re not telling me you’d see a stranger that looks surprisngly like you, run up to them and be like ‘would you like to go to a magic school and present to be me?’ It all happened too fast and too neatly.

This is a story of family, friendship, romance, and politics. But at its heart it’s a story of empowerment. It encourages readers of all ages (but especially teenagers) to exercise their democratic rights and fight for what they believe in.

Aisha Saeed wrote Maya’s POV and Becky Albertalli wrote Jamie’s, but each chapter feels seamless. Both POVs are own voices, because Maya is Muslim and Jamie is Jewish.

I had such a fun time reading this and it gave me a few RWRB vibes, although the main romance is straight. There are, however, queer characters and relationships, as well as POC, making this an beautifully diverse read, as well as an own voices one. 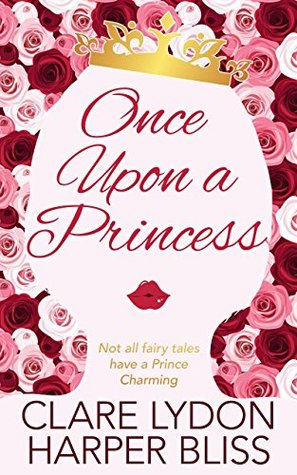 This was my final read for F/F February and although fun, it was a little predictable, and the plot wasn’t very original. Unfortunately it was a bit of a ‘painting by numbers’ affair, with all the tropes and twists happening exactly as I expected them to.

It’s exactly what you’d expect from a secret-royal-identity type novel, so in one sense readers are getting what they came for. But there was nothing innovative or different to that I’ve read before so I didn’t find it very exciting or engaging. I did enjoy the queer romance but I found the characters a little tame and lacking in personality.

I can’t quite believe it but I managed to complete ALL the prompts for F/F February??? (Yes I’m shocked too.) Here are the books I read for each one:

I also loved reading Hollie’s favourite books this month. I didn’t get to all of them because I was trying to balance both challenges, but I had such a blast messaging her as I was reading each one.

In February, I posted my reading and blogging goals for 2020 and my 5 star predictions for 2020.

I also created a TBR jar and shared the graphic novels that stole my heart in 2019.

For Top Ten Tuesday, I shared recent reads that gave me a book hangover and some of my faves that I just don’t talk about enough??

In February, I went to see Becky Albertalli and Aisha Saeed on tour for the launch of their new book Yes No Maybe So. It was brilliant to listen to them talk about how they came up with their ideas, their writing process, and their involvement in the 2016 US election.

The signed our books and Becky even told me a secret about her next book which I’m not allowed to share, but was pretty exciting!

I met up with Vicky @WhatVickyRead at the beginning of February and we hung out and did some book shopping. Originally, we were going to go to a book barn, but we decided to go to Birmingham instead, where we browsed Waterstones until we were all booked out.

The worst part of February was that my favourite independent cafe (near where I live) shut down. From what I’ve heard, the landlord wanted to double their rent price and they couldn’t afford it. It doesn’t look like they’re going to be reopening elsewhere either.

I’m still devastated about this because they did so many great vegan cakes, lunches, milkshakes, and other drinks, and the staff were always so friendly. They knew me by name because I used to go most weekends, so it’s awful to know that they’ve lost their jobs.

I don’t want to end on such a disheartening note, so I’ll end instead by saying I had some incredible pancakes on Shrove Tuesday.

As has become tradition, my Dad cooks them all and we have fluffy American-style vegan ones.

This particular delicacy was topped with bananas, kiwi, blueberries, and raspberries, coated in Biscoff spread.

A solid 11/10, a sugar coma promptly ensued after eating it.

What did you read in February? Did you take part in any challenges?