November 19: Changes In My Reading Life

The way I read has definitely changed over the last few years, and so have the books I choose to pick up. Here are just a few of them.

Up until a year or two back, I’d never discovered WebToon and never really read web comics. I read manga and graphic novels, but I’d never discovered the jobs of online comics. What was my life. Now, I have four or five series that I read and keep up with at any one time. 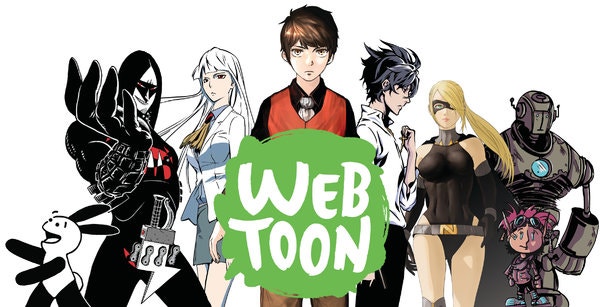 2. I request more books from the library

If you go back five or so years, I didn’t even know that requesting library books was a thing. But when I finished university, I started using my local libraries more often and found out it was possible. A true revelation.

This is one that saddens me, but I definitely don’t read as much manga as I used to. When I was a teen, I bought a lot of it, but then I got back into reading fiction and started to buy more of that. So it’s become a bit of a sliding scale really. As my manga intake increased, my fiction intake dropped. But now, I read much more fiction and less manga. I wish I could make time for both!

4. I treat myself to special editions more

While I was at university, I didn’t really buy myself many books. Occasionally I would buy one second-hand, but I mainly borrowed from the library or from friends, and asked for them for Christmas/my birthday. I saved the majority of my money for rent and bills, so buying books was a bit of a luxury. I certainly wouldn’t have bought special or collector’s editions – they were too much. But now that I work full-time and have a salary, I can treat myself every now and again.

5. You’ll never find me with less than four books on my Goodreads ‘currently reading’ shelf

It’s true. Gone are the days when I would merrily read one book at a time before moving on to the next. Now I have at least two e-books, two physical books, and an audiobook on the go. *cackles maniacally*

I think this has happened because I’m reviewing more books for publishers, so I read a lot of new releases just before or just after they come out. And I’ve been really enjoying keeping up-to-date with what’s popular and well-loved as well as which books are releasing soon.

7. Audiobooks are here to stay

At the beginning of 2019, I discovered audiobooks and I’ve never looked back. I now have a Scribd account and listen to 2-3 audiobooks per month. It’s a whole new world.

I think this is partly because I studied literature at university and became more analytical, but I imagine it’s also because I’ve read enough of certain genres now to know what I like and what I don’t. (I also hope I’m reasonably good at separating strong writing from weaker writing and judging what works/what doesn’t, but I’ll let other people be the judge of that!)

9. I have a Bookstagram

I only started doing this about a year ago when I decided to turn my Instagram account (which I was barely using) into a bookstagram account. Photographing my books is pretty fun, but I need to work on posting more consistently.
(Follow me @readingthroughinfinity for IG story spam of food and book mail.)

Looking back at the books I read growing up, not many were queer. This was partly because I didn’t seek them out as actively, but party because they didn’t exist as widely. Thankfully, the number of LGBTQ+ books is increasing year on year, especially in YA. When I look at how many I queer books are available and accessible to read now, compared to five or ten years ago, it makes me very happy. We’re here, we’re queer, and we’re gonna read some gay romance.

How has your reading life changed over the last few years?