August was a bit of a YALC-comedown month. I was definitely feeling the post-convention lull, but I decided to take part in ARC August to get through some of the books I picked up.

And I mostly succeeded. I read four ARCs/advance copies and three previously-published books, making my total number of books for the month seven.

I didn’t complete all of the challenges I wanted to, but I did drop everything to read Tunnel of Bones, and since that was an early copy, I’m going to count it in my total. It also meets the challenge: Finish one sequel.

My completed bingo card is a little emptier than I’d have liked, but I’m pleased with the books I read, and I actually found a new favourite.

This is such a tense and thrilling mystery. The atmospheric small-town vibes and witchcraft had me hooked from page one. I was also lucky enough to be on the blog tour for this book. Check out my full review here.

The Devouring Gray // 3.5 stars // This was a book of two halves for me. I started reading it on audio and really could get into it because of the narrator. The plot seemed pretty slow and disconnected, so at the halfway point I switched to the paperback.

And at that point everything changed. The plot kicked up a notch, the world-building coalesced, and I connected more with the characters.

This was an intense and thought-provoking book. It explores microaggressions and the power imbalance between teachers and students in schools and discusses how we should address racism.

ARC August challenges completed: Finish 1 ARC
Finish 1 ARC that does not have a picture of a girl on the cover
Finish 1 romance/contemporary

The Girl the Sea Gave Back // 4 stars // I haven’t read Sky in the Deep, but I really liked this one. I haven’t really read any other books inspired by Viking lore, so this was something new and enjoyable for me.

It was pretty violent in parts but I liked Halvard’s character development, and I thought the way the tension was built up to the final battle worked well.

ARC August challenges completed: Finish one “new to you” author

Sorcery of Thorns // 4.5 stars // I was a little bit underwhelmed by An Enchantment of Ravens, but Connie @ConnieReads recommended this one so I thought I’d give it a go. And I’m SO GLAD I did. I had a lot of fun listening to this on audio.
I loved Nathaniel and Elisabeth and would low-key give my life for them both. Especially since Nathaniel kept getting himself into MORTAL PERIL so I’d probably have to give up my life to save him. Their dialogue was witty, cute, or tense depending on the scene, and I really enjoyed their interactions.

Tunnel of Bones // 5 stars // I had high expectations for this sequel, and as usual, V still managed to surpass them all.

Tunnel of Bones was even better than City of Ghosts. Perhaps it was because the world and characters had already been set up in the first book and got the chance to be explored further in this one, but everything felt so purposeful and developed. V’s writing is sublime as always and her villain was so well construed. 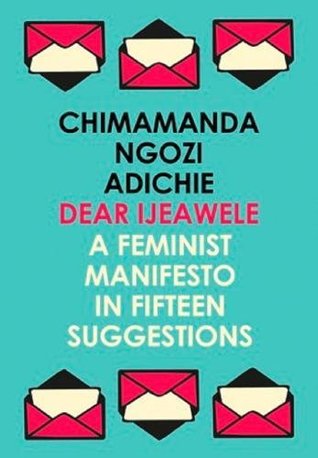 A Feminist Maniesto in Fifteen Suggestions // 4 stars // I read this on audio and it was short but empowering.

A lot of the messages and themes resonated with me, just like they did in We Should All Be Feminists, and I feel like Ngozi Adiechie is becoming my new feminist icon.

In August, I wrote about my most anticipated reads of 2019 for July to December and chatted about tropes I’m 100% here for.

I also posted my mid-year check in, looking at where I’m at with my Goodreads reading challenge, favourite and least favourite books I’ve read so far this year, and what I want to achieve by the end of the year.

I also posted a very belated birthday book haul to share with you guys which books I was kindly gifted for my birthday.

One of the highlights of my month was going to Wales for the bank holiday. The weather was so good that my parents and I actually went in the sea, which was lovely. I also had a vegan scone and let me tell you, friends. It was GREAT.

For about 3.5 seconds, I thought my soul was leaving my body and ascending into heaven. Nearly, but not quite.

In other food news, I had one of the best milkshakes of my liiiife in August. It was a vegan freakshake, with Oreos and candyfloss on top, and it almost put me in a sugar coma. But it was worth it.

My Dad and I went axe throwing in August.

Probably not what you expected.

But I got my Dad a voucher for Father’s Day so that the two of us could to an indoor range and hurling for an hour. I tend to shy away from violence, but since it was violence towards a bulls-eye and not a human, I was on board. And it ended up being really good fun!

I also got another piercing in August (I literally can’t help myself) taking my total helix piercings to three. One is silver, one is pale turquoise, and the newest one is sapphire.

I made possibly the best trade ever with a friend in August.

These are two of my most anticipated releases for the rest of 2019 so I was thrilled to trade for them and I can’t wait to get reading.

One of the most significant things I did in August was take my driving theory test. I was so worried I was going to fail the hazard perception, but thankfully my fears were unfounded and I passed first time. Here’s hoping I can do the same with the practical test (hahaha I doubt it).

How was your August? What books did you read?