Today I’m really excited to be sharing my review of Sanctuary and kicking off the blog tour with Library Looter and Niffler Reads. Make sure you check out their reviews too!

The small Connecticut town of Sanctuary is rocked by the death of its star quarterback.

Daniel’s death looked like an accident, but everyone knows his ex-girlfriend Harper is the daughter of a witch – and she was there when he died.

Then the rumours start. When Harper insists Dan was guilty of a terrible act, the town turns on her. So was his death an accident, revenge – or something even darker?

As accusations fly and secrets are revealed, paranoia grips the town, culminating in a trial that the whole world is watching…

Thanks to Gollancz for sending me a copy of the book in exchange for an honest review. This in no way affects my opinion of the book.

This book comes with trigger warnings for rape, sexual assault of minors, bullying, and substance abuse, and these issues will be discussed in the review.

Sanctuary is Vic/V.V. James’s latest novel about small-town America, witchcraft, and dark secrets. It’s not Buffy, it’s not the Craft; it is its own unique entity.

This tempestuous novel immerses you fully in the town of Sanctuary and the lives of its residents, who seem outwardly pleasant, but become cunning and manipulative when pushed. And pushed they are, by magic, murder, and divided loyalties.

The story centres on Sarah Fenn, the resident witch of Sanctuary, her daughter Harper, and Sarah’s coven, made up of Abigail, Julia, and Bridget. When Harper is accused of murdering local football star Daniel Whitman, Abigail’s son, things start to turn sinister.

Sarah tries desperately to clear her daughter’s name, but when Harper states on national TV that Daniel drugged and raped her, their calm lives in their small town implode.

Sarah’s coven fractures at the seams, as Abigail wages war on her and her daughter, while everything that Julia and Bridget thought they knew about their two friends is called into question.

The pacing of the novel matches the growing intensity of the plot and unravelling mystery of Daniel’s murder. There’s never a slow scene, and even the calm moments seem tinged with disquiet thanks to Vic James’s skilful ability to thread a sense of underhand malice into her narrative.

The novel does discuss rape allegations and victim blaming, and is unambiguously critical of those who would excuse rape or attempt to subvert the issue. It’s clear from the narrative that the author believes we should believe Harper, creating a secondary social commentary about the poor treatment of victims in modern-day society, and how much this needs to change.

My favourite character in this novel was undoubtedly Maggie. She’s compassionate, yet driven, and she follows her instincts, which invariably lead her to the truth (murky as it may be). Her sympathy towards Harper could arguably be called bias, but when most of the town is against one teenage girl, it feels right that somebody should be in her corner.

For a lot of the book, I didn’t know what to make of Harper. She’s secretive, and disappears for long periods of time without telling her mom where she’s going. She seems apathetic about the potential of being found guilty of murder, and doesn’t seem to appreciate everything her mom is trying to do to keep her safe. But when we find out the secret she’s been keeping, it’s suddenly easy to see where her behaviour has come from. And later in the novel we see a whole new side of her in a different town, without the stresses of Sanctuary weighting on her shoulders.

I sympathised with Sarah because she seems to be fighting a losing battle on two fronts;  against the townspeople, who are determined to have Harper condemned, and against her own coven, whose trust and faith in her is waning. Although Sarah takes her creed not to hurt others very seriously, her previous actions run counter to this. She’s done things that are forbidden by her craft, and although her intentions were arguably good, her morals seem clouded.

Abigail frustrated me immensely, and as the novel progressed, I found my animosity towards her growing. She sets herself up to be the villain, inciting hatred towards Sarah from other people in the town, but for a long time continues to believes she’s the hero. Her love for her son blinds her to truth and reason, and she begins a war of attrition against her friend, who has spent many years trying to help her.

She’s manipulative and ruthless, and had she put these qualities to use in a more positive manner, she could have been a driving force for good. As it is, she manages to alienate her friend and turn half the town against her.

There’s a lot of diversity in the novel, including a non-binary character, an f/f couple, an m/m couple, and black and POC characters in positions of power. James seamlessly integrates this rep into the story, showing that you can write a non issue-based book and still make it diverse and realistic to real life.

The atmospheric setting of the Sanctuary, with it’s small-town, everyone-knows-everyone vibes offsets the dark, sinister plot perfectly. Sarah’s house and shop, where we spend a lot of the novel, are otherworldly and hold a sense of earthy magic about them.

Naming the town Sanctuary was a clever move on Vic James’s part, because at no point in the book does it live up to its name. Sarah and Harper are bullied and victimised for their supposed involvement in Daniel’s death. Only in flashback scenes, do we see moments when the town was a sanctuary for the four women and their children. But those days are long gone, leaving the name an ironic misnomer.

I really liked some of the world-building surround the themes of witchcraft. A lot of the ideas centre on balance and harmony, especially the idea that covens should be composed of one witch and three non-magical people, so that the magical energy is balanced by non-magical energy. Witchcraft, or “the gift”, sometimes also skips a generation to redress the balance in magical families.

Sanctuary is a book of opposites; truth and lies, friends and enemies, magical and non-magical people. The way Vic James explores these polarising themes, reminding us that real life rarely sits at one end of the scale or the other. There’s truth mixed in with people’s lies, friends become a little more like enemies, and in the town of Sanctuary, magical intervention is not always clear.

But what is clear is how well-written and deftly plotted this book is. The characters are complex, and their feelings are raw and humanised. Even if we don’t agree with their actions, we can always see their thought process and understand what’s driving them. Although this murder mystery has some very dark themes, it uses them to highlight social issues and call for change. At its core, Sanctuary is a riveting, fierce tale of justice, communities, and women protecting other women. 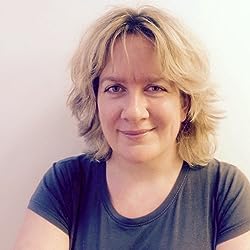 Vic lives in London’s Notting Hill, but her life is more action-adventure than rom-com.

She studied History and English at Merton College, Oxford where Tolkien was once professor. Relocating to Rome, she completed her doctorate in the Vatican Secret Archives (they’re nothing like The Da Vinci Code), then spent five years living in Tokyo where she learned Japanese and worked as a journalist. She now alternates writing full time with directing documentaries for the BBC.

Vic has scuba-dived on Easter Island, camped at Everest Base Camp, voyaged on one of the last mailboats to St Helena, hang-glided across Rio de Janeiro, and swum the Hellespont from Europe to Asia. But there’s little she loves more than lying in bed till midday with a good book and a supply of her favourite biscuits.

Sanctuary releases on 8th August 2019. Pre-order your copy from Amazon, Waterstones, or your local indie.

Don’t forget to check out the rest of the blog tour!